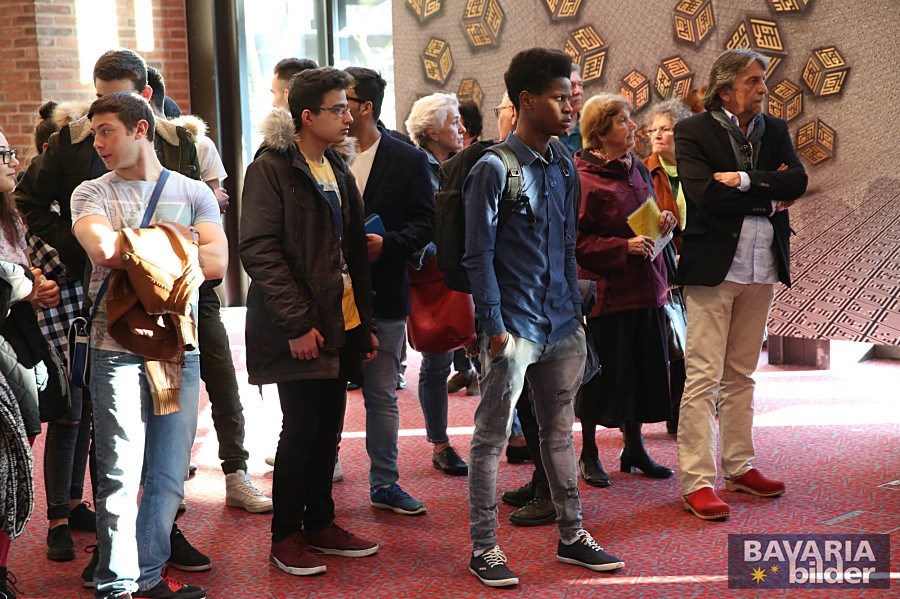 The exhibition of the prominent calligraphy artist from Sarajevo Mirsad Smajovic Mirza was opened in Morica Han in Sarajevo. It is a traditional exhibition that Smajovic has held for ten years now.

Smajovic expressed his hope that art lovers, as well as tourists who are visiting the old part of the city, will take a look at his exhibition, which will be open by mid-September.

After that, Smajovic will start preparations for an independent exhibition in Leipzig, Germany, which will last until November this year.

Mirsad Smajovic Mirza was born in Sarajevo where he graduated from the First Gymnasium. He was a rock musician and guitarist in the period between 1986 and 2000. Later, he studied calligraphy and the Qur’an under the supervision of Prof. Esref Kovacevic and hfz. Kadrija Jakupi. He started professionally dealing with calligraphy in 1998. In the year of 2009, Canton Sarajevo declared him as the prominent independent artist.

Islamic-Arabic calligraphy represents a blend of his spirituality, talent, and desire to do something from his existence in this world.